Andrew Haacke, pursuing MSW and MPA degrees from the School of Social Work and the Sol Price School of Public Policy, reported investigations on the membership and volunteer base for the American Civil Liberties Union.

Anna Fischer presented her work on political, economic, and social change in Cuba, drawing on her research from two graduate degrees at USC: Public Policy and Geographic Information Science and Technology.

Second year Master of Public Policy candidate Matthew Gonzalez documented the zip codes of origin of surfers at the well known El Port site. The coast really does serve the city, with surfers making the trek all the way from Sylmar and Los Feliz to catch a wave.

Sophomore Jeremy Smith presented the results of a study with SSI professor Darren Ruddell on the microclimates of the USC campus.  Jeremy received SOAR funding to conduct work.  He used Envi-met, a 3-d geospatial decision support tool that affords opportunity in design simulations, to develop estimates of temperature  variation on the University Park Campus. 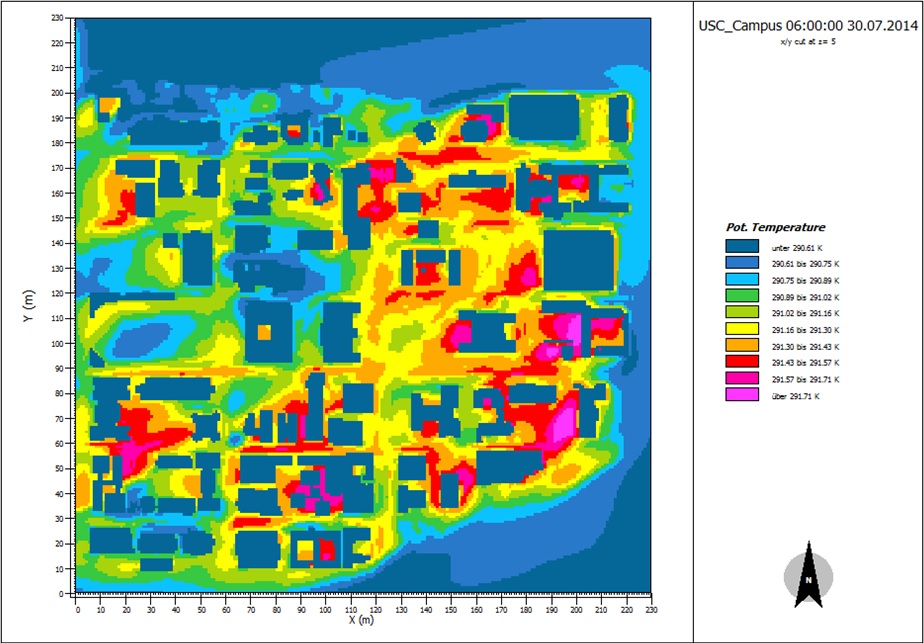 The Spatially Speaking series is sponsored by USC Libraries to feature work using geographic information systems or other spatial research.