As L.A. loses trees and other green cover, USC Dornsife researchers ask why 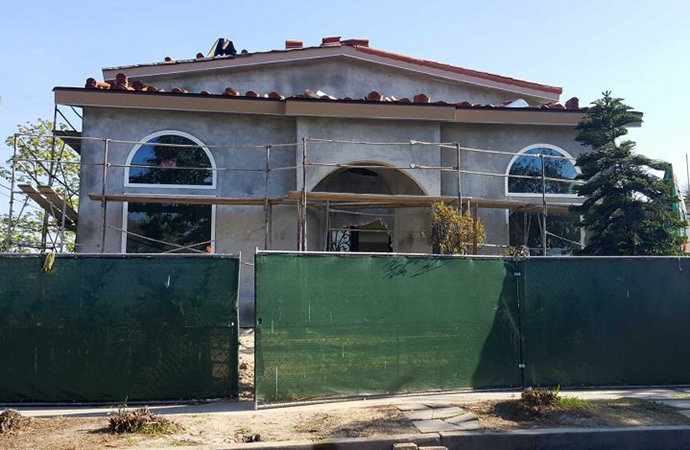 Home renovation and remodeling accounts for a significant reduction in green cover in the Los Angeles area, according to USC Dornsife spatial sciences researchers. Photo courtesy of Su Jin Lee.

Plant a tree, save the world?

Maybe, but preventing the removal of trees for single-family home add-ons or the elimination of shrubbery for driveways and other “hardscaped” property features would go a lot further, say researchers with USC’s Spatial Sciences Institute.

In the Los Angeles area, green cover for single-family home lots declined anywhere from 14 to 55 percent, with almost no single area spared from the decline, according to a study published online in Urban Forestry & Urban Greening by a team of researchers led by USC Dornsife lecturer Su Jin Lee of spatial sciences and including Travis Longcore, assistant professor of spatial sciences and architecture.

Much of this “de-greening” took place as the city of Los Angeles famously kicked off its “Million Trees” tree-planting campaign in 2007. Other major cities like New York, Shanghai and London have undertaken similar campaigns in recent years.

For its study, the Spatial Sciences Institute researchers looked at tree, building and other land cover for the 20 largest cities in the L.A. Basin for the period of 2000 to 2009.

The researchers did this by first noting all the single-family parcels in these cities where additional square footage was recorded during those years.

Finally, the researchers compared the change in imagery over these six types of cover from the two points in time — 2000 and 2009. 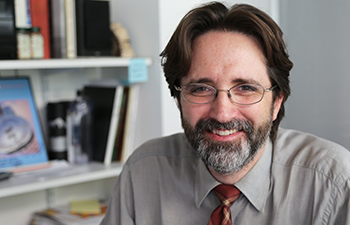 The entire area examined by the researchers saw a 1.2 percent annual decrease in tree and shrub cover year-to-year.

Baldwin Park: Half the ‘park’ it used to be

Baldwin Park led all areas in reduction, seeing a 55 percent loss of green cover on single-family residential lots — from 70 percent to 31 percent.

Other areas in the study that had at least 20 percent loss in cover included Pomona, Downey, Sylmar, Compton, and San Pedro/Port of Los Angeles.

The Pasadena area was a notable exception. The city found a way to minimize tree loss in what is already a fairly verdant community. Longcore also cites the regulations of neighboring South Pasadena, especially in protecting its many tree-lined, suburban lots from redevelopment.

Tree cover, represented in green, has decreased since the year 2000. Illustration courtesy of Travis Longcore.

Longcore, however, is quick to point out that sacrificing trees for redevelopment cuts across all Southern California neighborhoods, regardless of socioeconomic status.

“We are losing tree shade across economic areas,” he says. “Wealthy areas might generally have more trees to start with, but all single-family areas are losing across the board.”

The unintended consequences of ambitious redevelopment

Robust urban forests, or “green infrastructure,” can reduce energy use, improve water quality and increase overall health and well-being, according to the United States Department of Agriculture.

Longcore believes changing social views on the preferred size of single-family homes is the largest driver of tree cover loss, along with the increase in paved surfaces like walkways, driveways and swimming pools that come with home expansion.

In their report, the researchers note that the average size of single-family homes had steadily increased from 984 square feet in 1950 to 2,349 square feet in 2004.

A decade after the housing bust, property development in the age of home improvement reality television is as ambitious as ever, with new homes reaching 2,687 square feet, and nearly one-third more than 3,000 square feet, according to the U.S. Census Bureau’s annual survey in 2016.

“While the housing expansion throughout the 2000s certainly drove an exceptional amount of construction, the practices that contribute the most to removing tree cover and canopy still remain,” Longcore says.