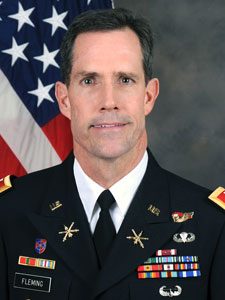 Fleming is an Air Defense officer with command and staff experience in short-range air defense operations at the battalion, brigade and division levels. A highly decorated officer with 30 years of military service, he has operational combat experience with Joint and NATO staffs, twice deploying in support of Operation Enduring Freedom.

“Colonel Fleming brings an extraordinary and rare combination of experience in higher education leadership, institutional governance, organizational management and applied research and teaching in the spatial sciences,” said USC Dornsife Dean Steve Kay. “We are thrilled to have him join our faculty and know he will have tremendous impact not only on our graduate programs in geographic information science and technology, but other academic programs as well.” 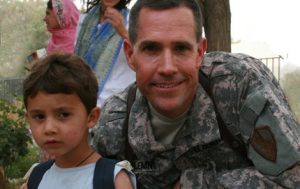 “We are expanding our relationships with entities such as the U.S. Army Corps of Engineers, the National Geospatial Intelligence Agency, and the United States Geospatial Intelligence Foundation, and we know Colonel Fleming will contribute to our work with those organizations and other similar entities,” said Wilson, professor of sociology, civil and environmental engineering, computer science, and architecture.

Fleming said he is extremely honored and excited to join USC Dornsife and SSI.

“I am very impressed with the vision and vibrancy of the leadership at USC,” Fleming said. “The university’s commitment to veterans and to programs such as ROTC also were important factors to me in joining the faculty here, and I am eager to get started in Los Angeles.”

Originally from Jacksonville, Florida, Fleming received his Ph.D. in geography from the University of Georgia, an M.A. in national security and strategic studies from the Naval War College and a B.S. with a concentration in computer science from the United States Military Academy.