The rise of big data has spawned the new field of spatial data science: extracting knowledge from geospatial data and translating that knowledge into solutions.

Our faculty explore the frontiers of advanced spatial analytics and the potential that results when combining artificial intelligence, image processing and machine learning with geospatial infrastructures. In our two new master’s degrees – an M.S. in Spatial Data Science offered with the Viterbi School of Engineering’s Department of Computer Science and an M.S. in Spatial Economics and Data Analysis (SEDA) offered with Dornsife’s Department of Economics – students become front-line scholars with our world-class faculty as they find new insights using spatial data science. 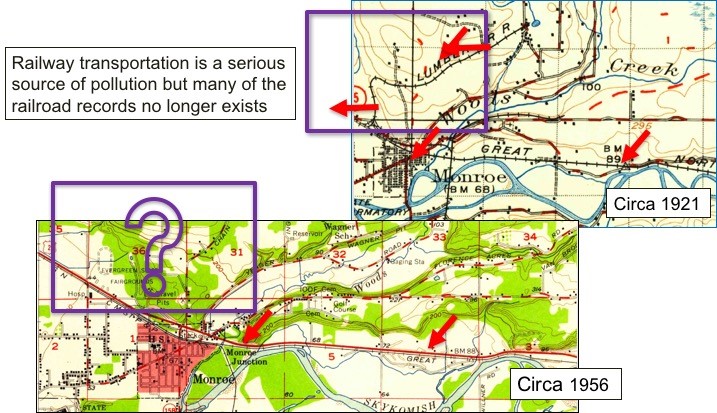 Under an NSF grant, Dr. Yao-Yi Chiang, associate professor (research) of spatial sciences, and his spatial computing team are developing a novel map processing system for automated recognition of geographic information from the 200K+ scanned maps in the U.S. Geological Survey Historical Topographic Map Series. His system extracts information from historical maps (such as the location of railroad lines) and uses the locations of those features to automatically collect training data for building convolutional neural networks to determine likely locations of those geographic features of interest which may not currently exist and appear on maps today. This approach helps us understand how landscapes have changed over time, which in turn supports, for example, environmental epidemiological studies of the causes of cancer correlated to long-term exposures to hazards.

Dr. Orhun Aydin, lecturer of spatial sciences and a product engineer with Esri, has modeled the movement of plastic debris in the Pacific Ocean and its detrimental effect on marine life and coastal health. Plastic debris is hard to detect using satellite imagery, so Aydin has simulated how plastics move in the ocean, using an open-source Lagrangian ocean modeling library integrated into a Python toolbox and using multiple inputs, such as surface winds and ocean currents. Using multivariate clustering and R to analyze and map accumulated plastic debris, Aydin has found that some leatherback sea turtles loitered around plastic islands, leading to the question of whether these turtles are either feeding on plastics or might be caught by the plastics from these plastic islands.

Two SSI spatial data science student teams captured top prizes at a hackathon sponsored by the National Geospatial-Intelligence Agency (NGA) in Los Angeles. One team created a model for the Moroccan fishing industry to visualize the optimal way to distribute fish from major fishing ports to inland populated cities. Using the Road Graph plugin for QGIS, the team’s model allocated amounts of fish to each city based on population and visualized delivery routes with animated dots moving inland from the ports. The second winning team developed a web application to provide information on farmers’ planting activities by predicting next year’s barley production and consumption and hunger rates across the county. The app also indicates the arable land that has not yet been plowed and compares cultivated land and soil data to find the location of arable lands and sort them by reclamation cost for consumers. The hackathon provided the NGA with creative ways to tackle global food insecurity. 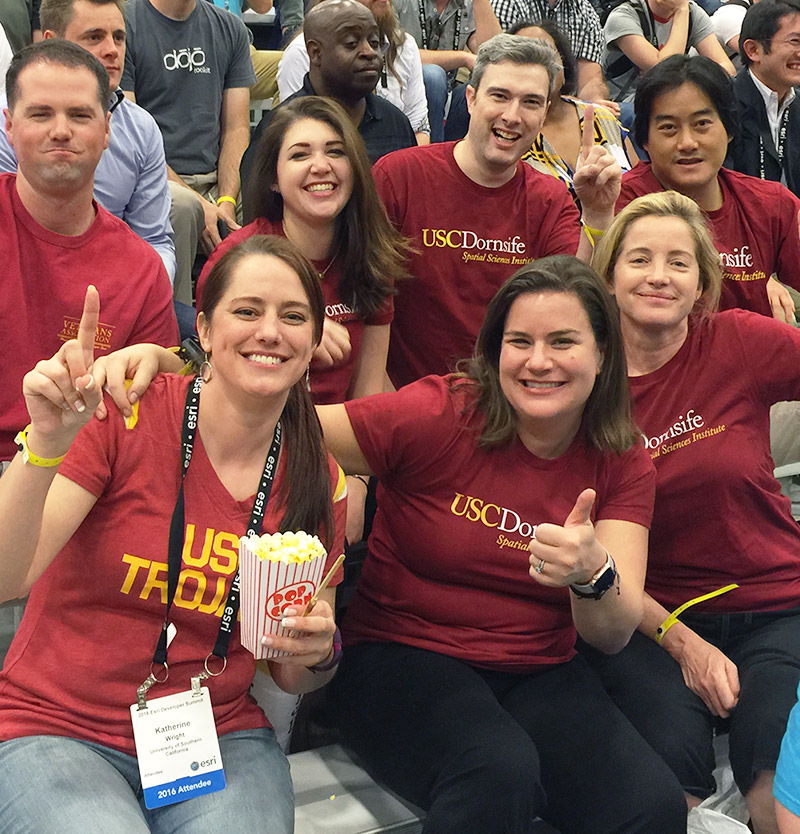 The Spatial Sciences Institute is a designated Esri Development Center (EDC), one of a small number of university entities recognized by Esri as having exemplary programs focused on educating students in ways that promote the design and development of GIS applications using Esri’s web, mobile and desktop geospatial technologies. SSI’s Dr. Jennifer Swift conducts the USC EDC Student of the Year competition and organizes SSI student participation in the annual Esri Developer Summit.